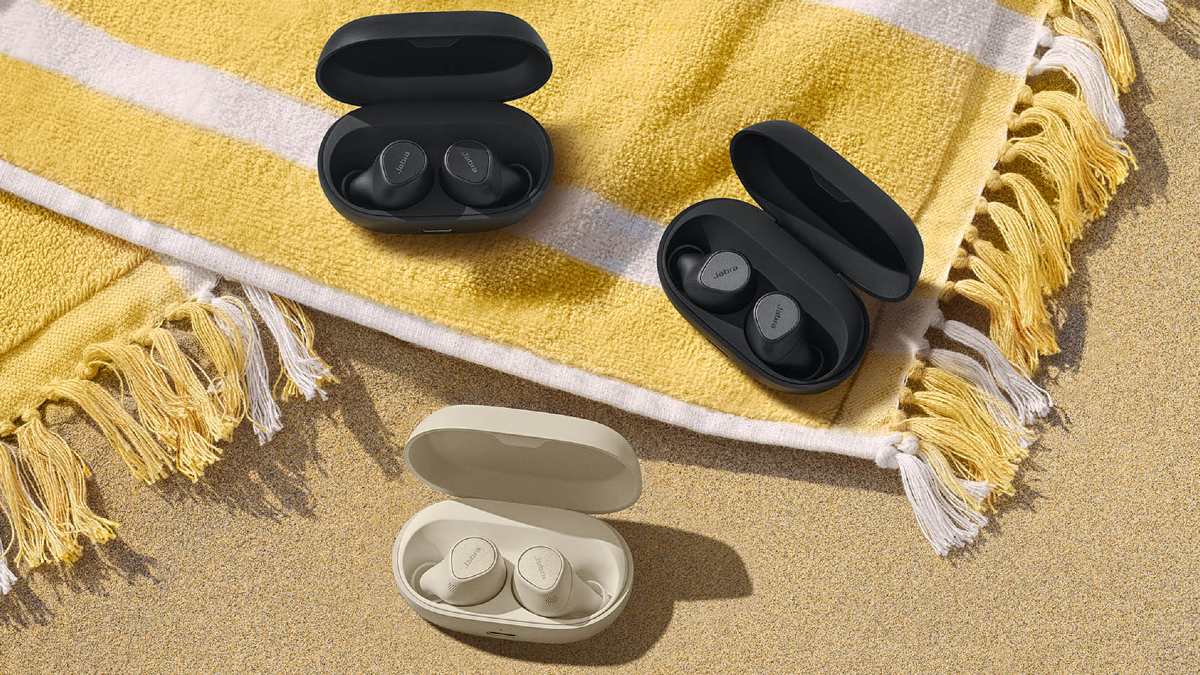 Jabra Elite 7 Pro, Elite 7 Active, and Elite 3 have been unveiled as the new true wireless stereo (TWS) earbuds from the Danish brand. In the new series, the Jabra Elite 7 Pro come with active noise cancellation (ANC) support and are claimed to be the smallest Jabra earbuds made so far. The Jabra Elite 7 Active, on the other hand, are designed as a watered-down variant of the Elite 7 Pro. These also include a ‘ShakeGrip’ coating on top for a more secure fit during workouts. The Jabra Elite 3 are designed as the cheapest model in the series, with basic features such as a noise isolation design and up to 28 hours of total battery life.

Details about the India pricing and availability of Jabra 7 Pro, Elite 7 Active, and Elite 3 are yet to be revealed.

The Jabra Elite 7 Pro come with a MultiSensor Voice technology that uses the built-in bone conduction sensor along with four microphones and algorithms to deliver improved clarity in voice calls and reduce ambient noise. The earbuds also include adjustable ANC feature that is claimed to bring an immersive audio experience. Further, there is Jabra MySound technology that allows users to get a personalised experience by creating their dedicated audio profiles. The Elite 7 Pro earbuds also include Alexa integration, as well as carry support for Siri and Google Assistant.

Jabra says it has designed the Elite 7 Pro after studying 62,000 unique ear scans. The earbuds are also claimed to be 16 percent smaller in size over the Elite 75t.

The Elite 7 Pro are rated to deliver nine hours of playtime with ANC feature switched on. It’s charging case brings the battery life to a total of 35 hours. The case also supports fast charging and is said to deliver 1.2 hours of playtime with just five minutes of charging. The Elite 7 Pro TWS come in Black, Gold Beige, and Titanium Black colour options and have IP55-rated build.

The Jabra Elite 7 Active earbuds are designed for fitness enthusiasts and touted to deliver an experience that is identical to the Elite 7 Pro, sans MultiSensor Voice technology. The earbuds also include a “ShakeGrip coating” on top that is claimed to provide a more secure in-ear fit without a traditional wingtip design. The eartips are made of liquid silicone rubber.

Jabra has provided a microphone mesh on the Elite 7 Active that is claimed to remove wind noise from calls for users who prefer the outdoors.

The Jabra Elite 3 are meant for people looking for affordable TWS earbuds. These come with 6mm drivers and a four-microphone call technology. Jabra has also provided a music equaliser to let you adjust the music output as per your preferences. Further, the earbuds include Qualcomm aptX HD audio.

Jabra claims that the Elite 3 are capable of delivering up to seven hours of battery life, while the bundled case expands the usage by 28 hours. The earbuds also have a noise isolation design and Jabra’s HearThrough awareness that allows users to define the exact amount of outside noise they want to let in. Moreover, there are four distinct colour options to choose from: Lilac, Light Beige, Dark Grey, and Navy.

The Verge reports that with the launch of the three new TWS earbuds, Jabra is phasing out its existing Elite 65t and 75t by the end of the year. The Elite 7 Pro and Elite 7 Active are also said to have multipoint support to enable simultaneous connectivity with multiple devices.

Can Nothing Ear 1 — the first product from OnePlus co-founder Carl Pei’s new outfit — be an AirPods killer? We discussed this and more on Orbital, the Gadgets 360 podcast. Orbital is available on Apple Podcasts, Google Podcasts, Spotify, Amazon Music and wherever you get your podcasts.