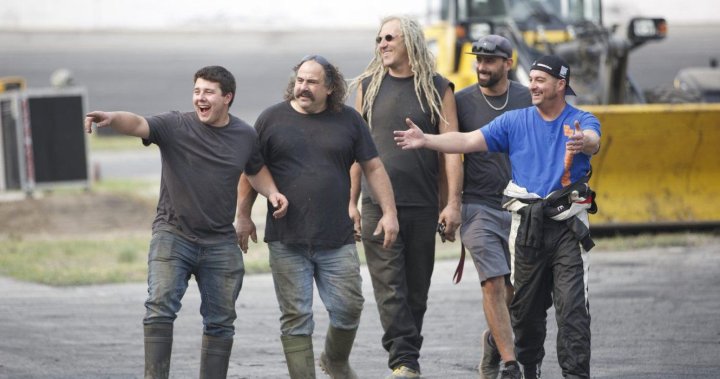 Next month, an auction at Mike Hall’s famous “field of dreams” will likely attract a sizable crowd.

But when buyers come, he won’t be celebrating. Not much, anyway.

For decades, the host of the highly popular Rust Valley Restorers TV series has tended to his now 550-strong collection of cars in Tappen, B.C., returning some to operating condition and simply keeping others for posterity’s sake.

On Oct. 2, he expects all but 20 will be sold off at the auction that will be taped live for the show, which is in its fourth season.

“It’s going to be 40 years of my life that vanishes in one day. It’s like I’m Mother Hen and all the chicks take off at once,” Hall said.

Hall decided to bid adieu to the car collection that not only turned heads, but also gained him a reality TV show when he got a notice from the federal government that he was of retirement age.

“Once you get that letter that says you can apply for your old age security benefits, you realize you’re not going to restore 550 cars,” he said. “Nobody lives forever and my wife and kids don’t want to live with 550 cars with me not there to deal with it.

“So I’m hoping 500-plus people step up and simplify my life.”

Whether that means the end of the show remains to be seen but Hall suspects that will be the case.

“I’m not getting any younger,” he said.

All these changes don’t mean that Hall — a classic car aficionado with a style all his own — will give up on the collection he loves.

Among other things, he’s going to keep the ’68 Chevelle that he’s had since he was a kid, and there’s a Buick he’s been dragging around for 40 years.

Probably a dozen more cars will join them, too.

Also, he’s not leaving his hometown. He has a place in Chase and in Barriere, and he’s keeping the shop in Tappen.

“I am a local and I’m not going anywhere,” he said.

That down-to-earth view is what has compelled many to tune into the show year after year, even though Hall thought the concept would be a bust.

“The whole idea for the show was rock-slope stabilization. It turned out we couldn’t do it on that,” he said.

“Now, four years later, I’m still doing a car show. Life is what happens when you’re making plans. Nobody says, ‘I’m going to have a career change and become a reality star.’ That’s not the way it happens.”

Now that it has, however, Hall has an unimaginable reach and he seems mostly unrattled by it.

Rust Valley Restorers is a top-10 program amongst men ages 25 to 54 for Corus. It’s also on Netflix and that means Hall and his mop of dreadlocks is recognized wherever he goes.

“I could go to South America and I’d be recognized,” he said nonchalantly.

That makes this auction all but a sure thing, in terms of being a success.

To learn more about it, go to the Electric Auction website to see what’s on offer.